On September 13, 2018, an over-pressurization of the the natural gas lines in the Merrimack Valley region resulted in a series of fires and explosions, and rendered the gas distribution system inoperable. Consequently, nearly 30 miles of underground gas piping was replaced in the City of Lawrence, resulting in major impacts to the City’s roadways and sidewalks.

In the spring of 2019, Columbia Gas entered into an $80 million Settlement Agreement with the affected municipalities, in which funding was provided for the restoration of the affected roads and sidewalks. The share of funds designated for restoration in Lawrence amounted to $31.9 million.

The South Lawrence Roadway Restoration project will take place in four (4) phases, beginning in 2019, and is expected to be completed by the end of 2022. The below map highlights the roads included in the restoration project, and are color-coded by planned year of completion.

Some of the impacted roads also require utility (water, sewer, drainage) replacement. In those cases, they will be repaved on a separate schedule. Those road segments are shown in gray in the below map.

The work areas are generally described as follows:

Work for Calendar Year 2020 (CY2020) will consist of several phases, including mill-and-overlay of sections of roadway in the Mount Vernon and Sacred Heart neighborhoods, and full sidewalk rehabilitation in the O’Connell South Common neighborhood.

Some sections of road will require full-depth reclamation, which involves extensive excavation and rebuilding of the road from the bottom up. This process is very lengthy, but results in improved drainage and more pronounced sidewalks and curbs.

While roadway work is being completed in the above areas, water and sewer pipes will be replaced in sections of the O’Connell South Common and Carletonville neighborhoods. This will allow the trenches to settle through at least one freeze-thaw cycle and ensure that the road does not sink or crack once the final paving is complete.

The below color-coded map shows completed work in black, current work in orange, and future work in gray. 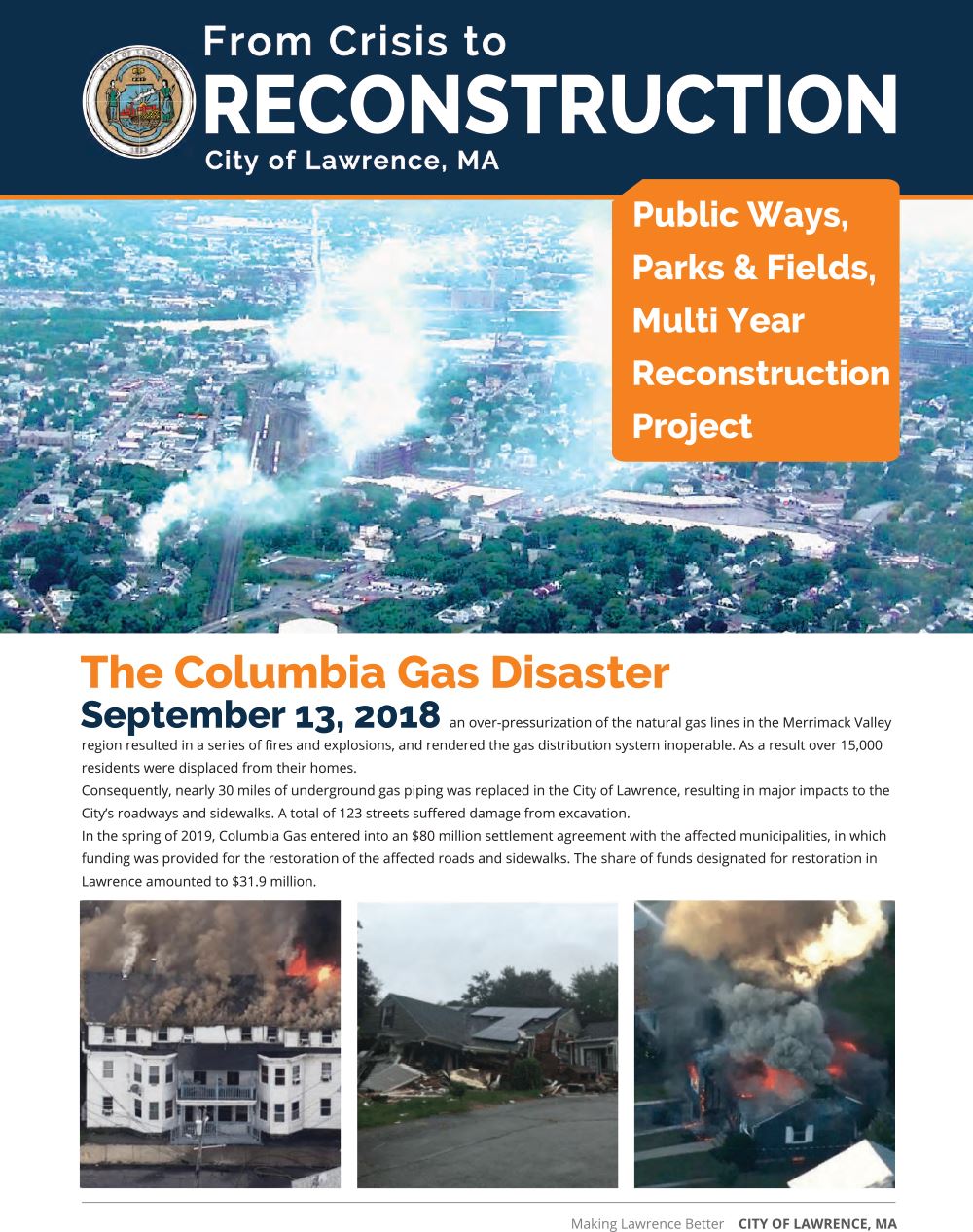 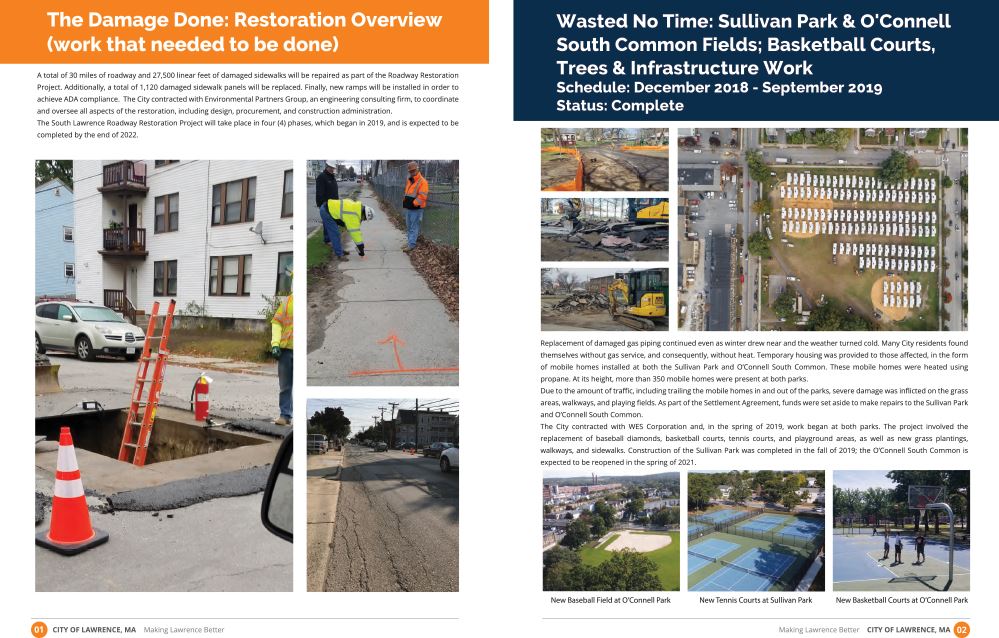 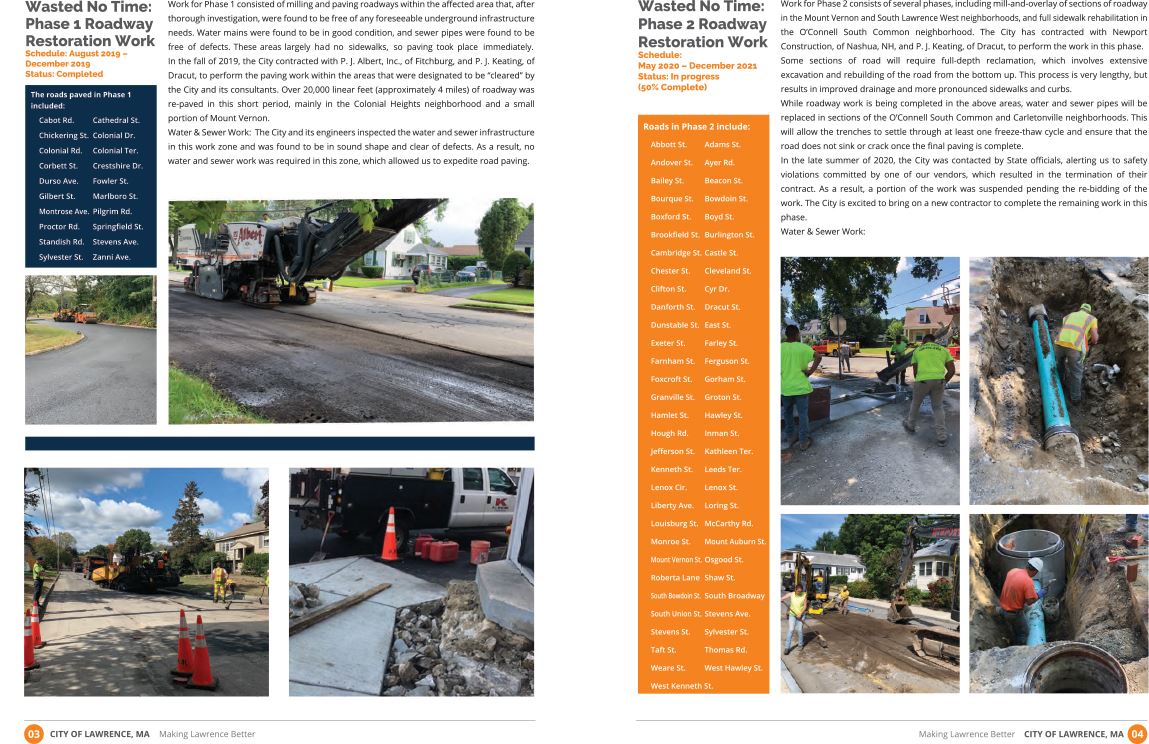 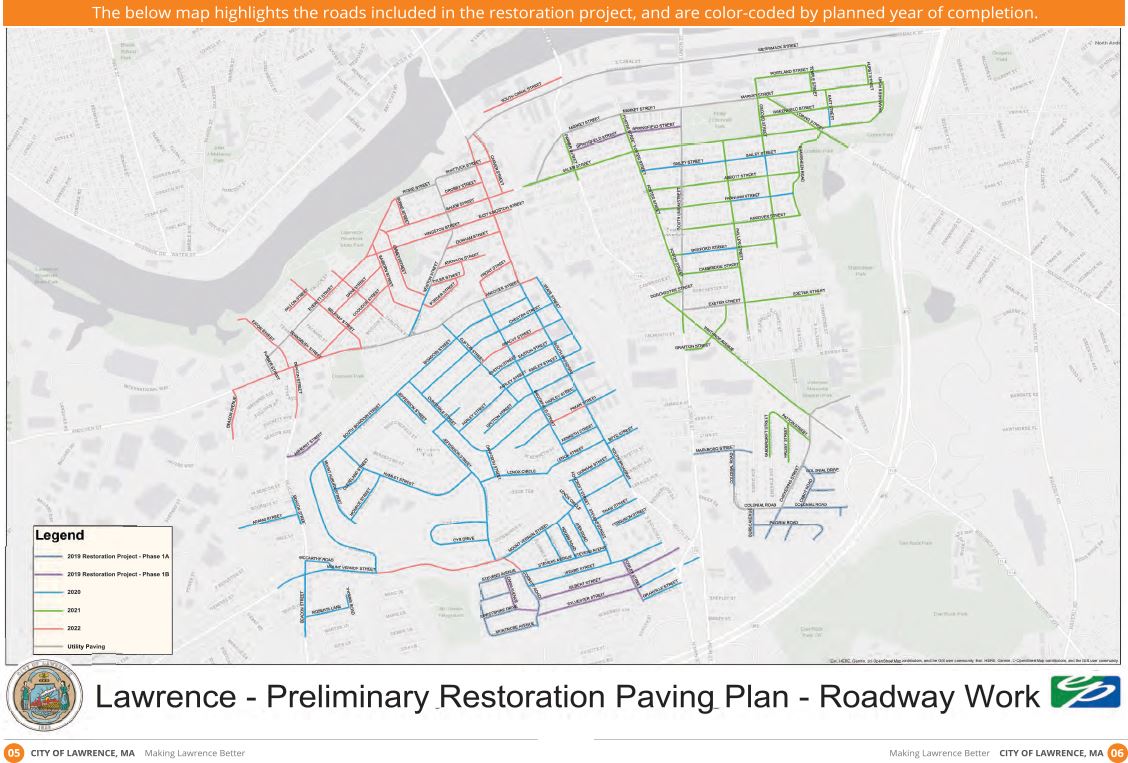 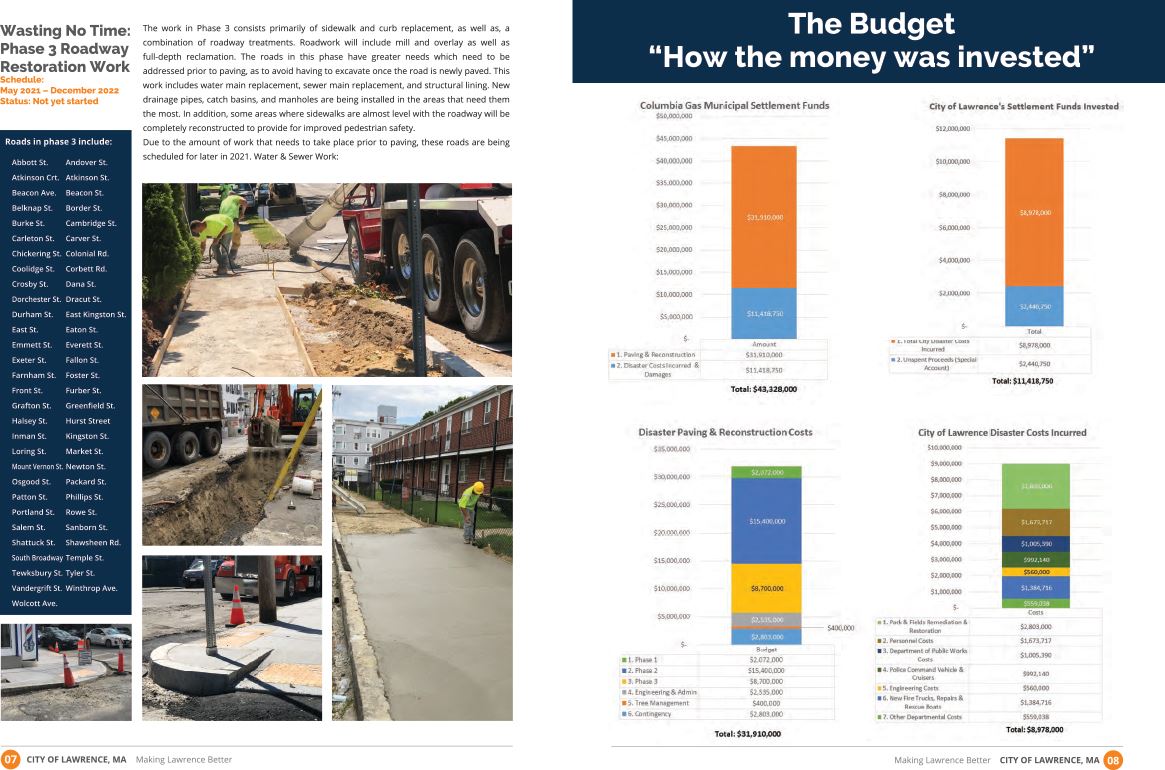 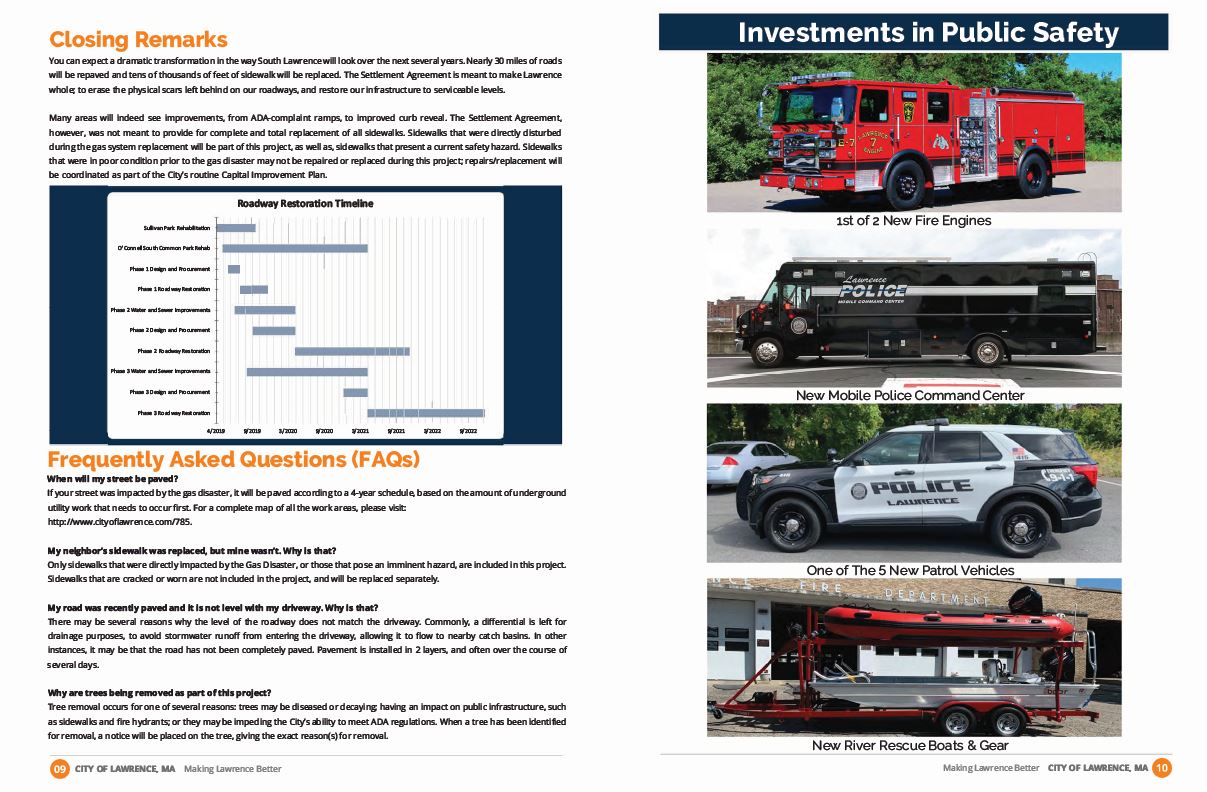 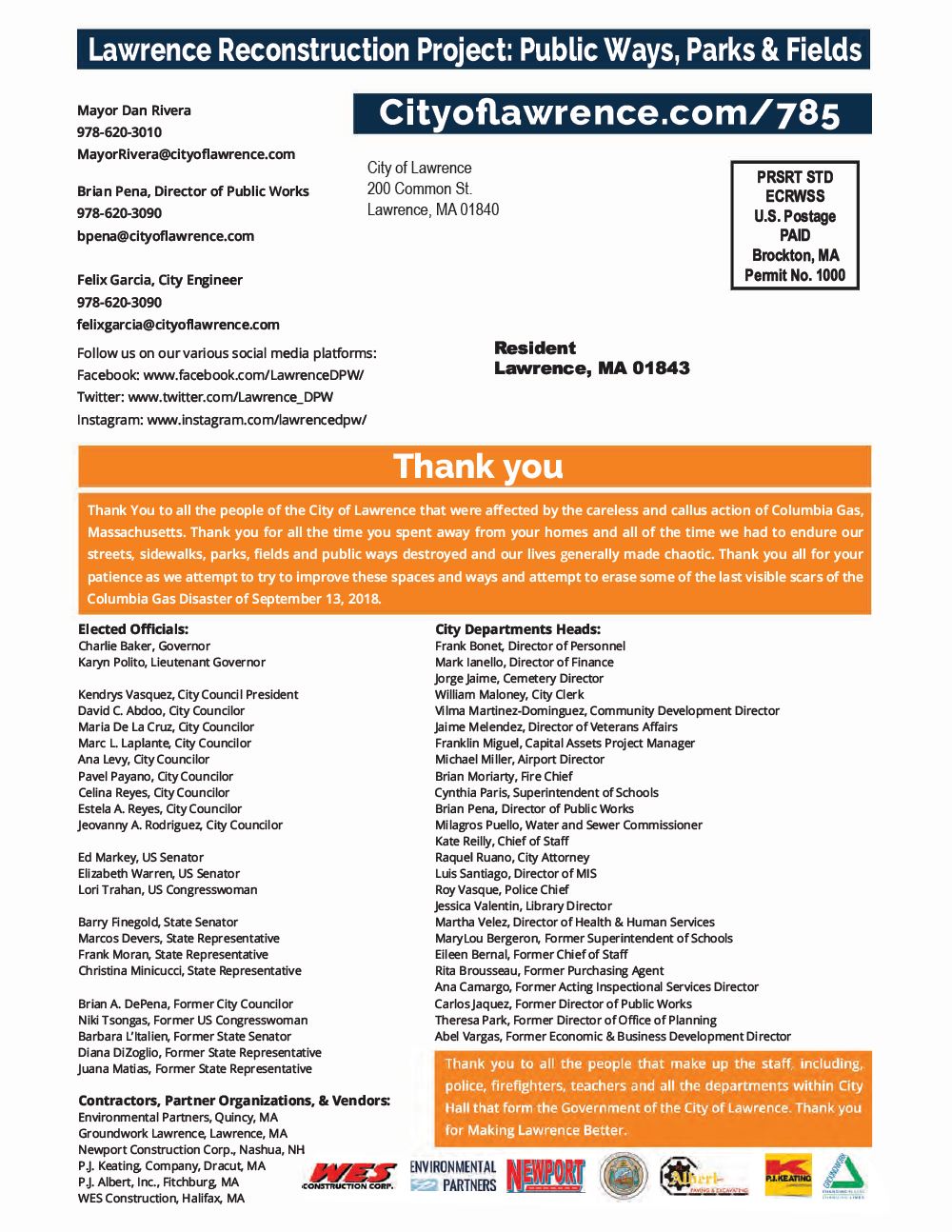